We've been meaning to make a trip to Maplewood Farm since it opened for the year - we'd heard such great things from a number of ﻿friends who are also parents of toddlers.  On Saturday, the weather was unexpectedly nice (the forecast had previously been calling for rain), so we headed out with some friends for Lilah's first farm experience. 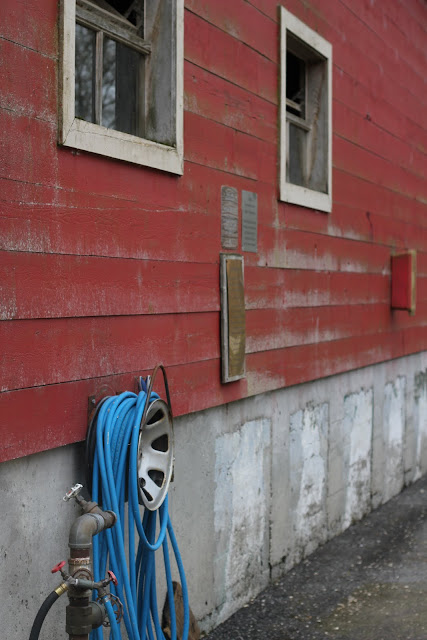 Before Lilah turned one, she used to launch herself head-first into new experiences.  She had the loudest, highest-pitched shriek of all the babies I knew (still does, though she uses it less often), she was a risk-taker, and fiercely independent.  Hence the early mobility - early to commando crawl, early to pull up and cruise the furniture, early to finger-walk, and very early to walk unsupported.  While she is still fiercely independent, she has become a lot more cautious.  Especially when it comes to approaching animals.  (With the exception of our cats, whom she loves to feed/tease with treats.)  Thus, most of Lilah's time at the farm was spent like this: 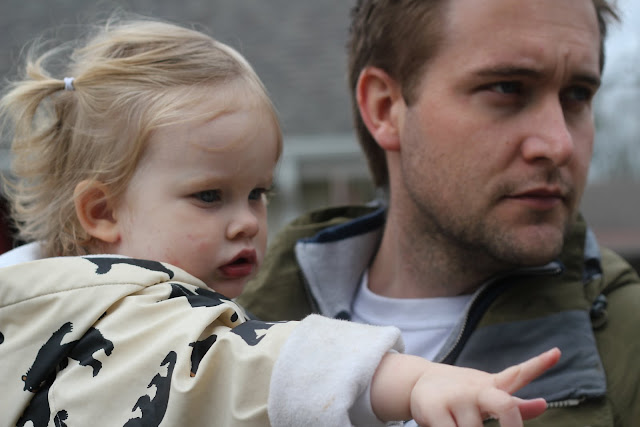 And like this (because horses can be pretty darn intimidating): 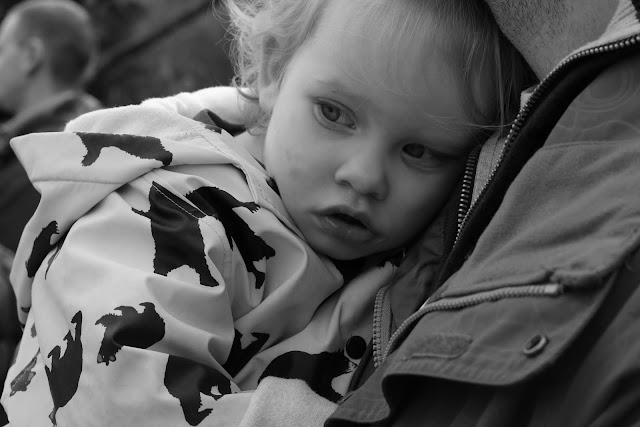 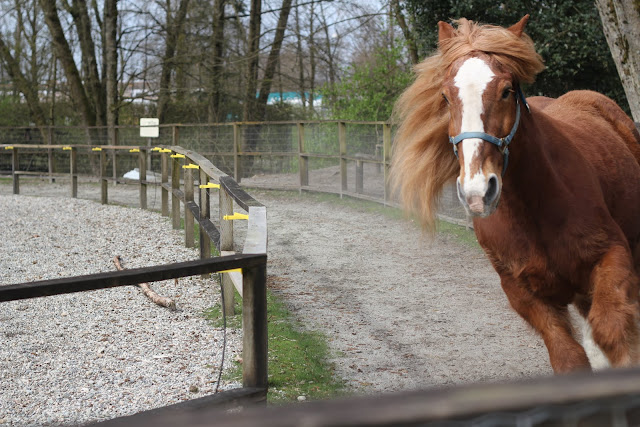 Lilah's BFF, on the other hand, is totally fearless when it comes to animals.  They say opposites attract! 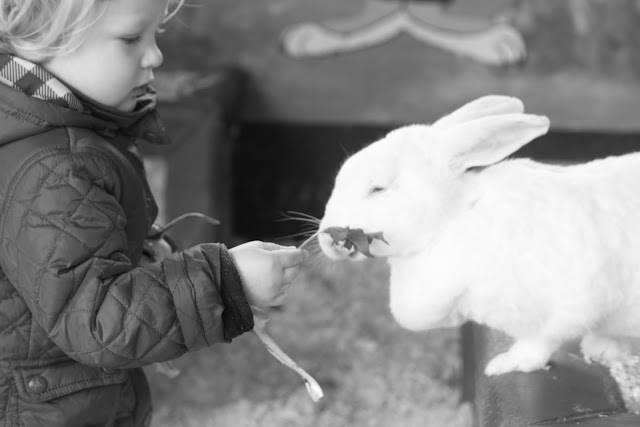 Eventually, Lilah did allow her feet to touch the ground, but she still preferred to observe from afar. 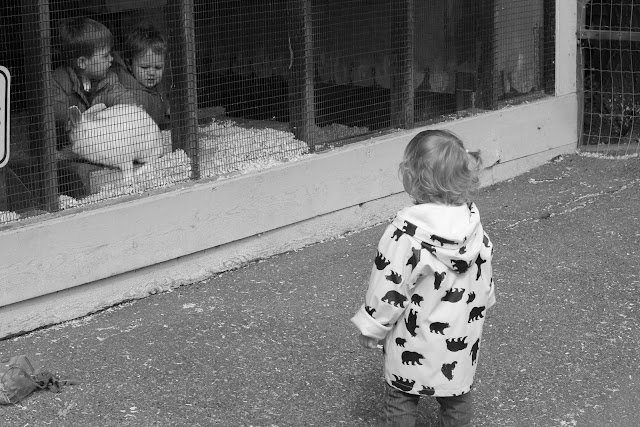 We were concerned that the Hubs and I were going to be the only ones making use of the bird seed we bought specifically for Lilah. 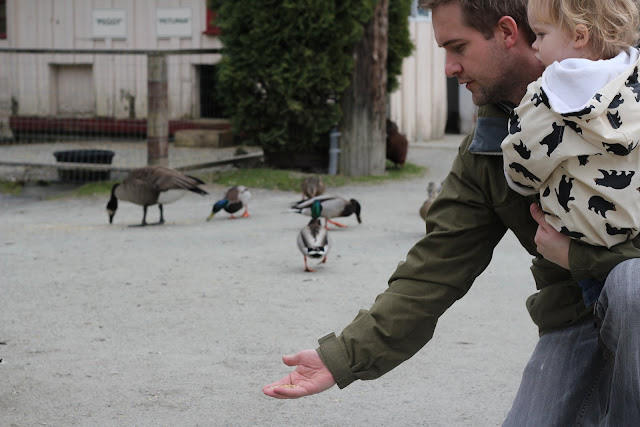 ﻿
However, there was one animal in particular that Lilah was ﻿not afraid to feed (though he prefers crackers to birdseed): 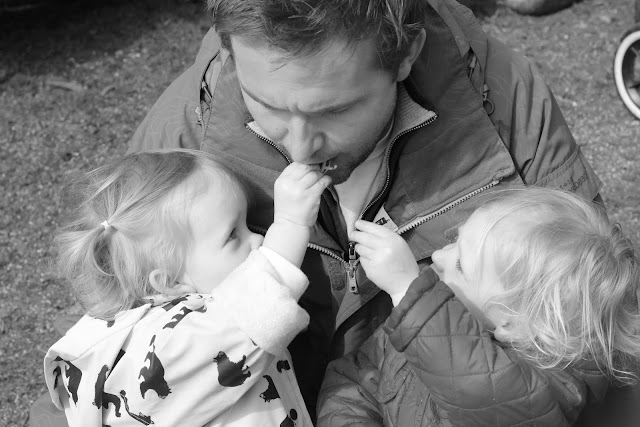 I think Lilah's favourite parts of the farm were the tractors, 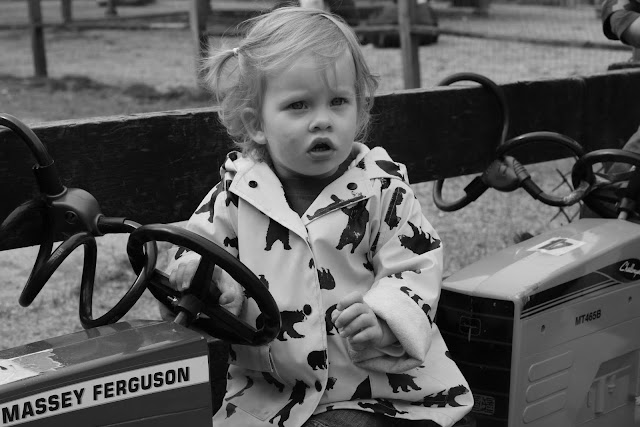 and holding hands with her BFF. 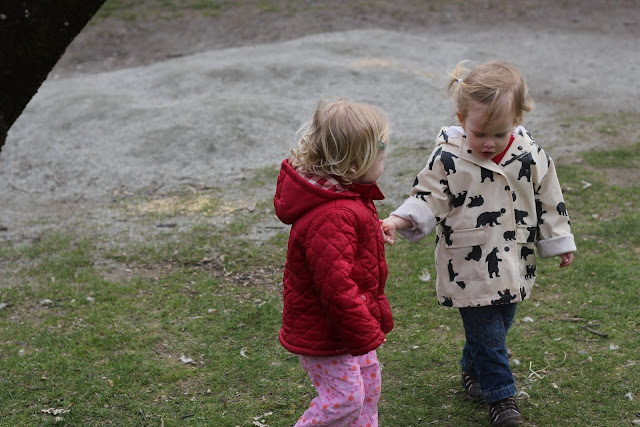 And then, just as we were about to leave the farm, this happened: 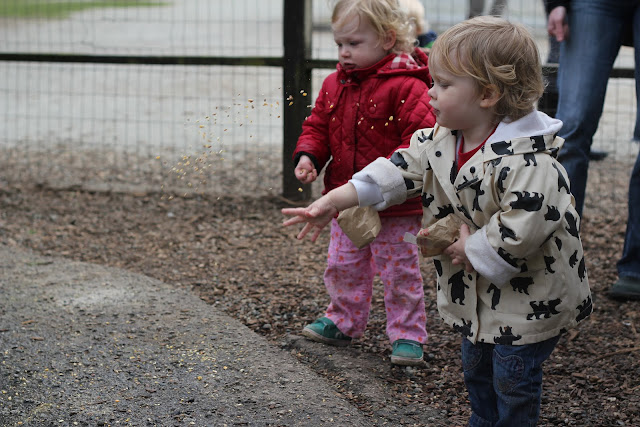 Which had me running back to the little store to purchase more birdseed for the girls, since we were almost out by that point.﻿ I ofen find myself sitting back and marveling at the little personality that is emerging right before my eyes, and these types of outings tend to highlight her developing traits.  Some of it is nurture, yes, but I attribute much of it at this early stage to nature. I see a lot of myself in Lilah, so it really shouldn't come as any surprise to me that, like me, she can be quite shy and a little slow-to-warm-up.

What do outings like this tell you about your own family members's personalities?  Do you think kids' personalities can change throughout their childhood, or do the core traits stay the same?  Please share your thoughts in the comments!
Posted by Amanda at 7:00 AM