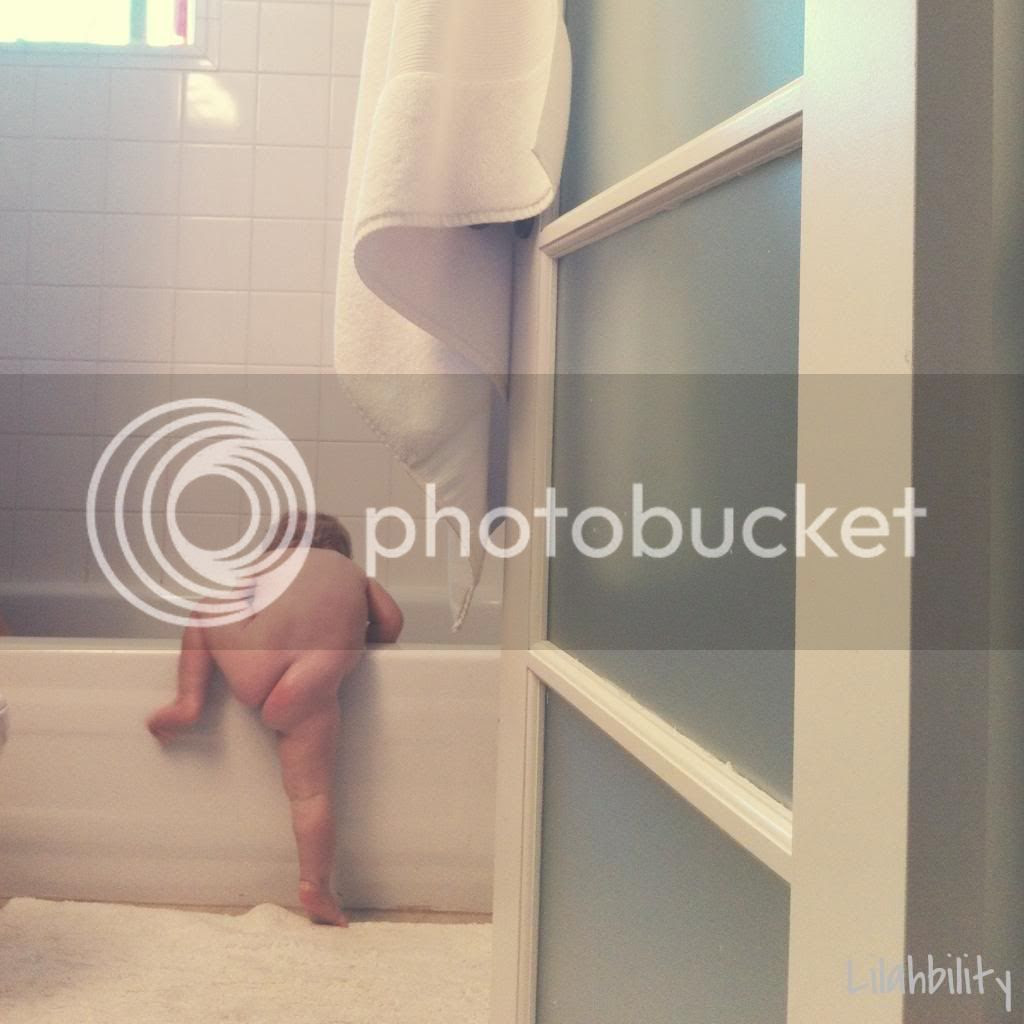 (If you follow me on Instagram, you'll have seen this shot already.  But I thought it bared repeating. Heh, see what I did there?)

Life with Young Kids - The Truth

I just couldn't pass up this week's Monday Listicles topic, "10 photos from life with kids."  I have a number of friends who are on the verge of becoming parents or have recently had babies and I thought I'd take this opportunity to impart a few words of wisdom.  You're welcome!

Truths about life with young kids:

You know how, when you look at other people's kids, and they have snot running down their upper lip and food all over their face, and you think, "I will NEVER let my kids walk around like that?"  The thing is, you will.  And you'll find them irresistibly adorable, even when their noses are snotty and they're covered in sticky food debris.  Sometimes even more so.

They'll give you this look. Frequently.


But then this look will follow closely on its heels, and you'll forget everything else, at least for a few minutes. 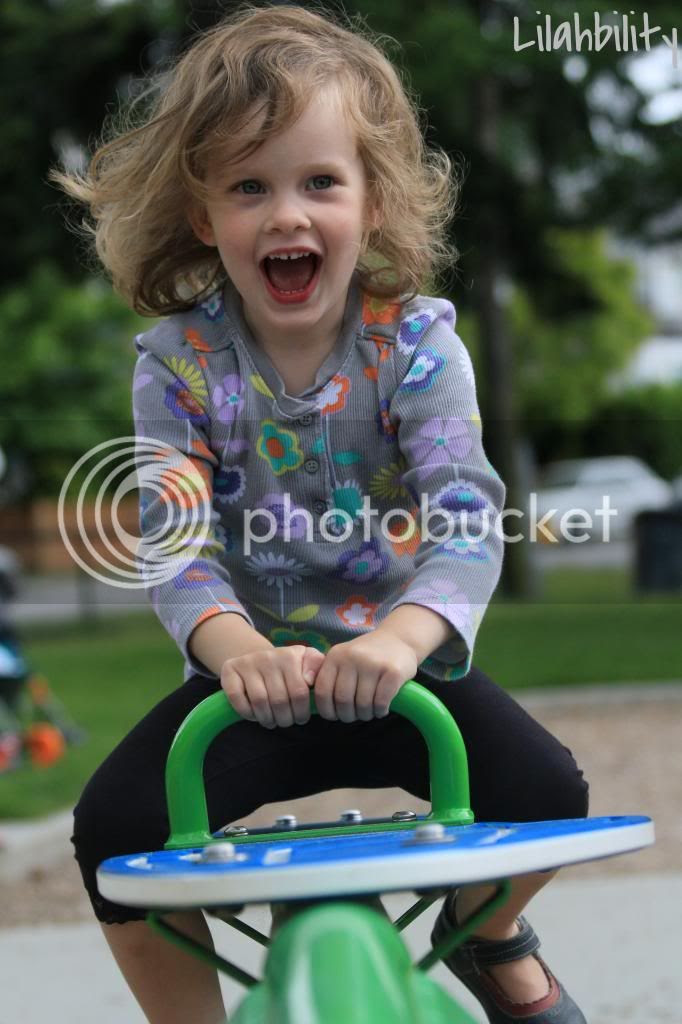 They'll come at you like this, especially when you're wearing something brand new and/or white. 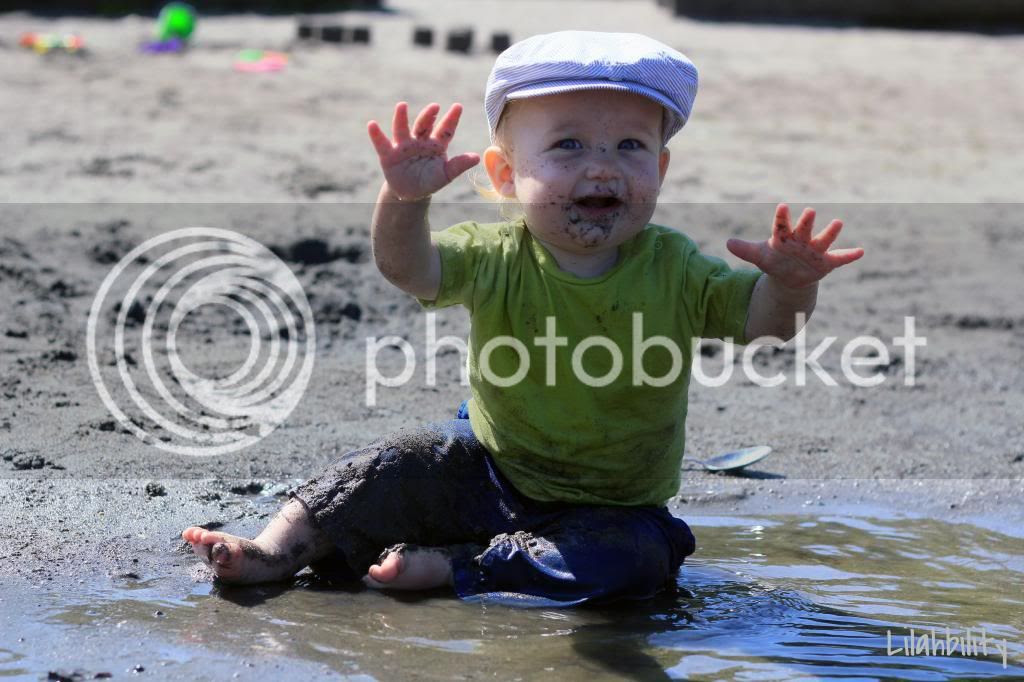 They'll try to steal your beer. And your keys. And your phone. The TV remote.  And occasionally your dignity.


You will spend far too many hours of your life trying to dissuade them from eating dirt/sand/gravel/rocks, drinking from dirty sesspools, and generally endangering themselves and others.  It's kind of exhausting. 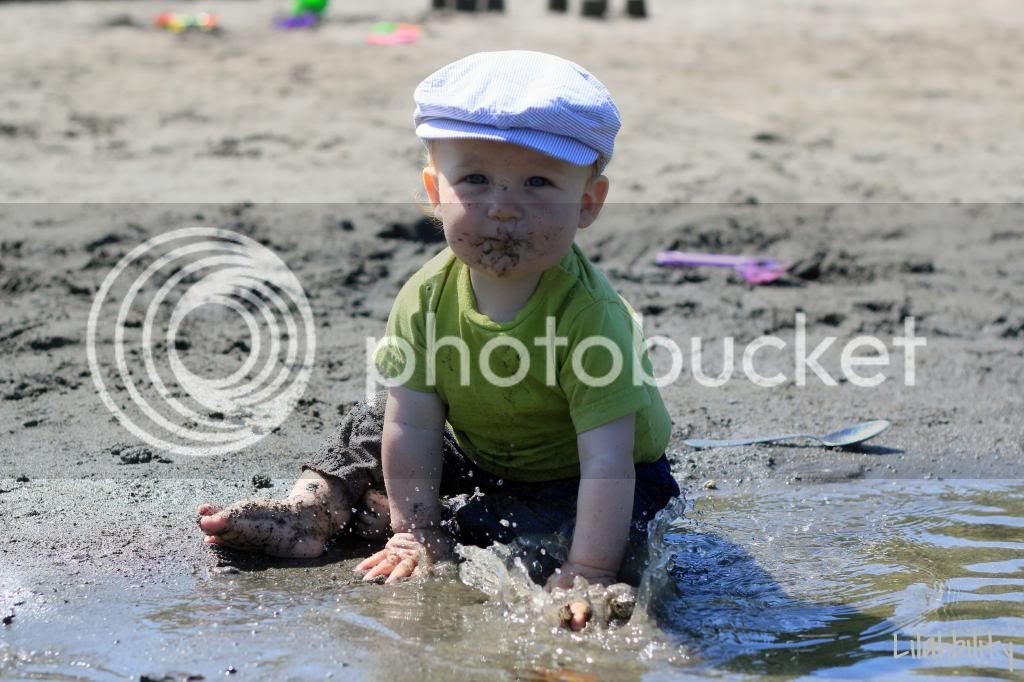 You will do whatever you can to help them pursue their interests, even when those change more often than their clothes. They'll make you see the world through new eyes. 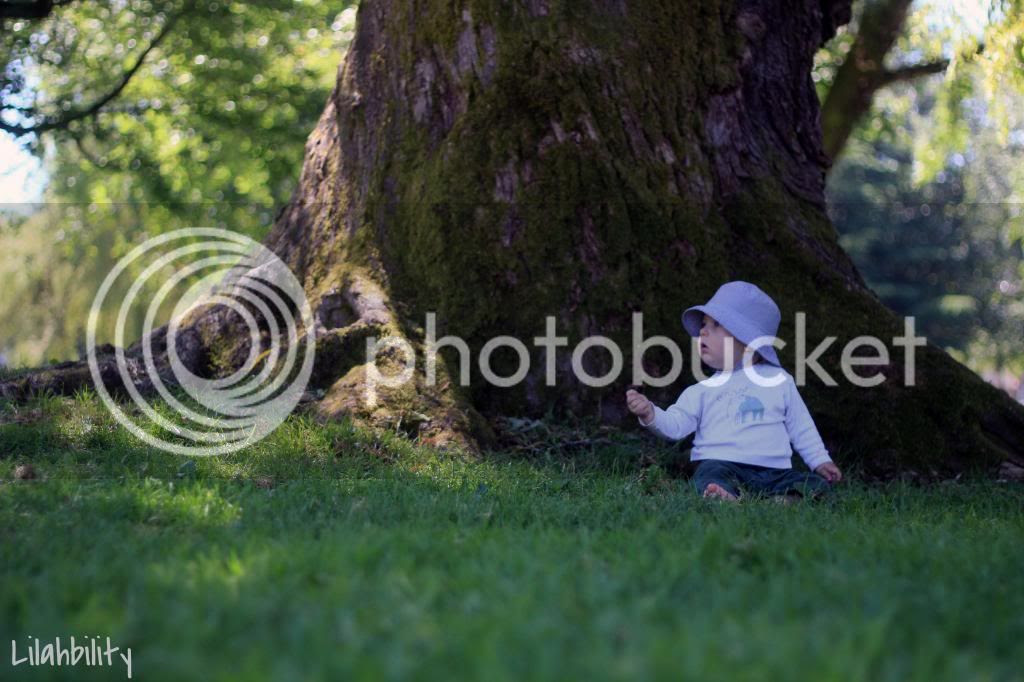 They'll make you see their co-creator through new eyes. 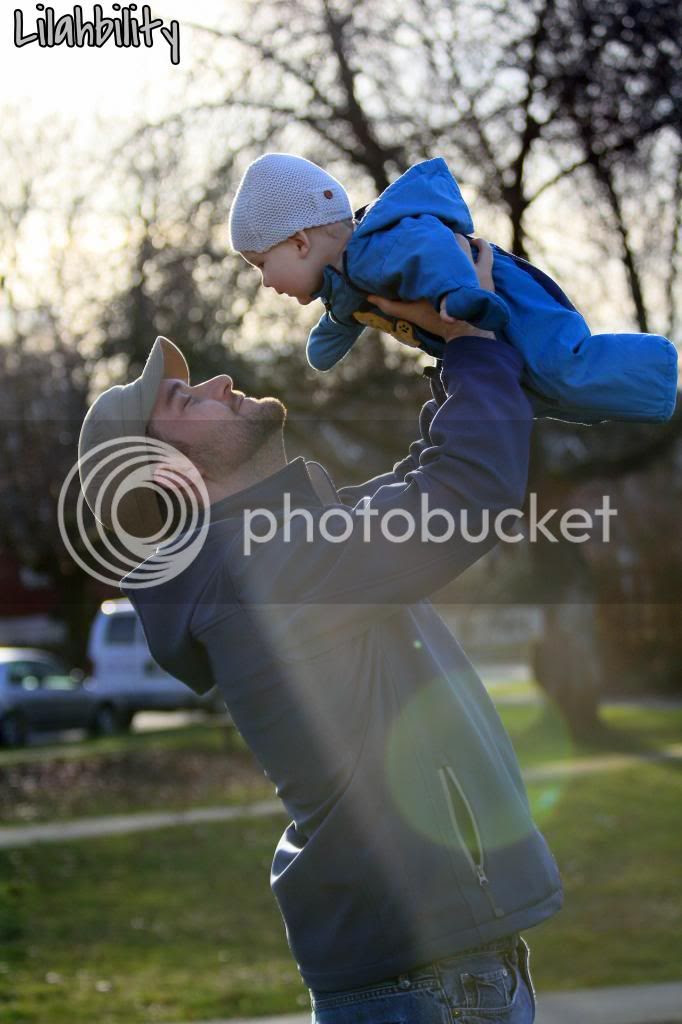 They'll teach you more about yourself than you learned in the entire first thirty-odd years of your life before they came along. 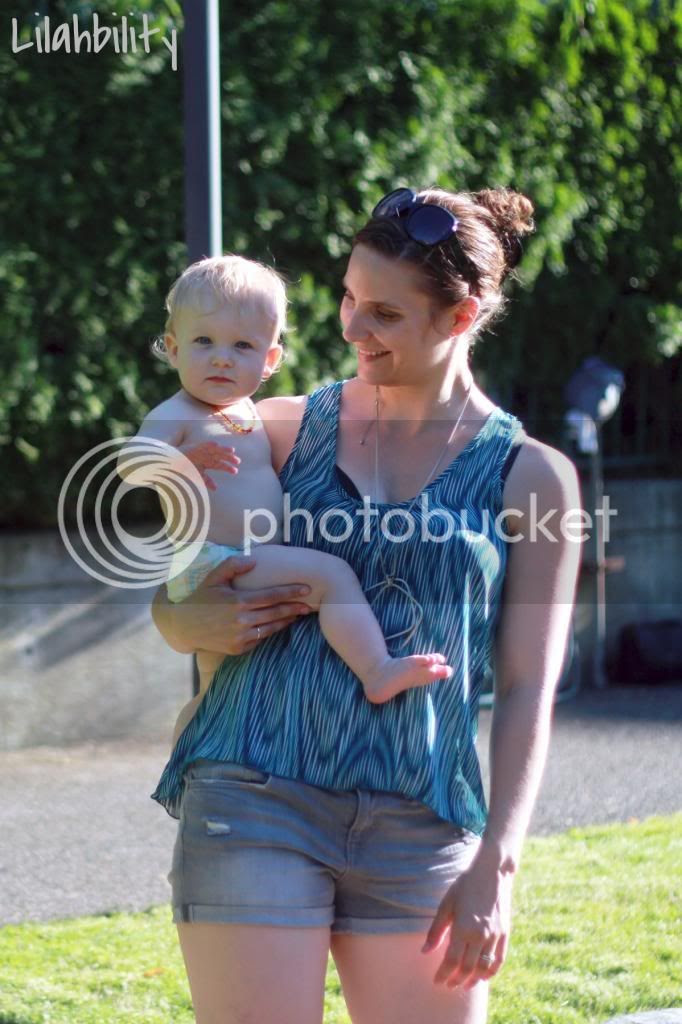 The truth?  The truth is, life with kids, while beautiful and fulfilling, is also messy, chaotic, and quite often even uncomfortable. Let's face it, it ain't all unicorns and rainbows. But we parents must be eternal optimists. (Either that, or complete fools.) Because somehow, the unicorn-rainbow moments are the ones that stay with us. 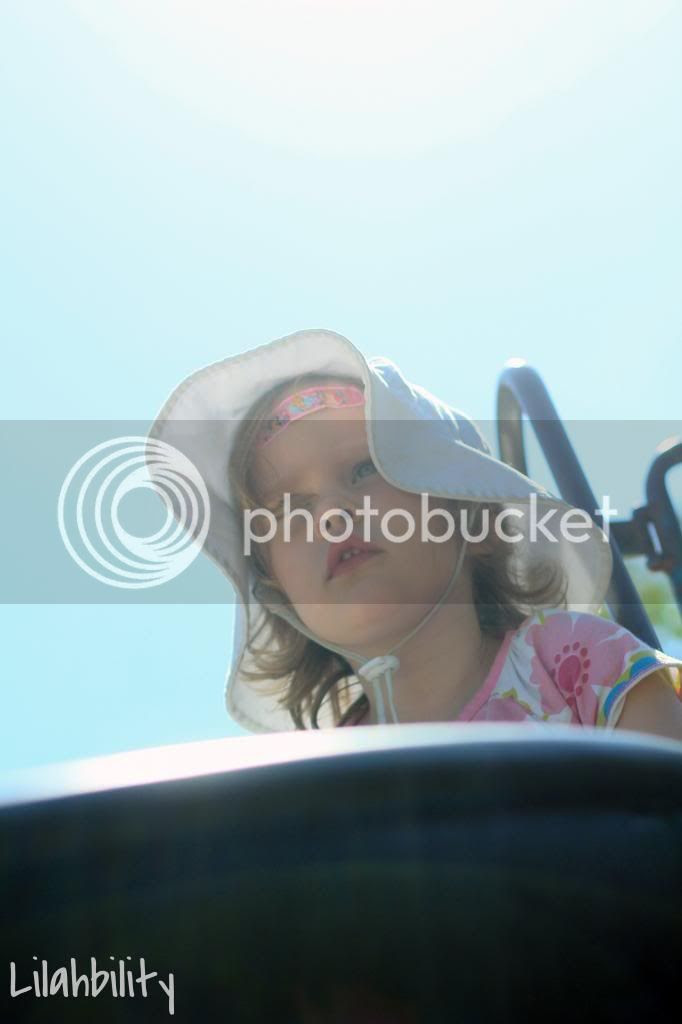 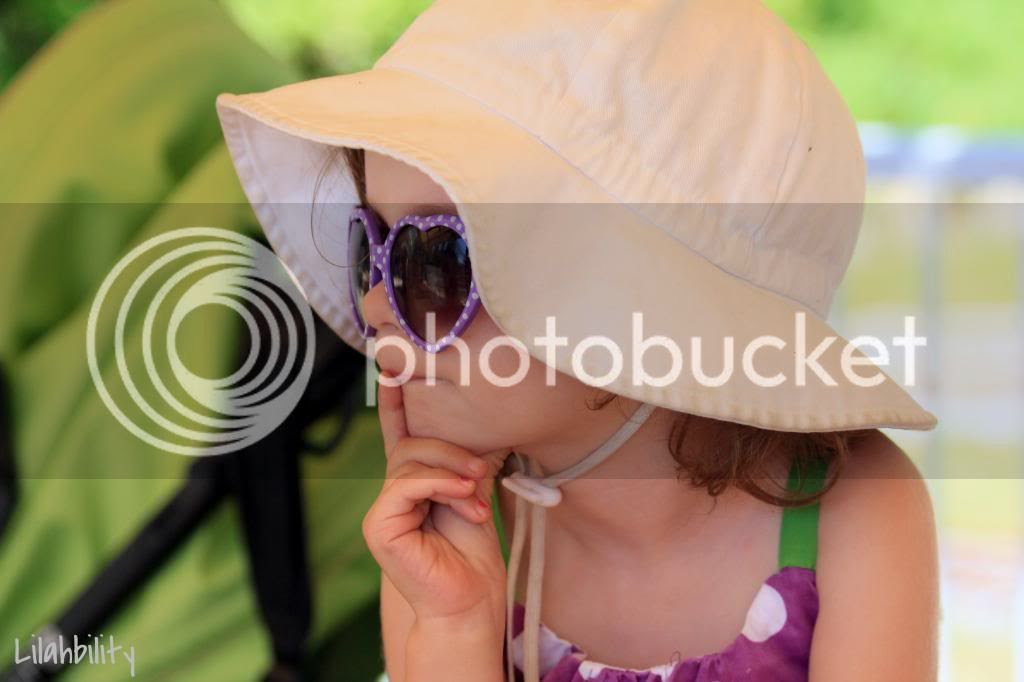 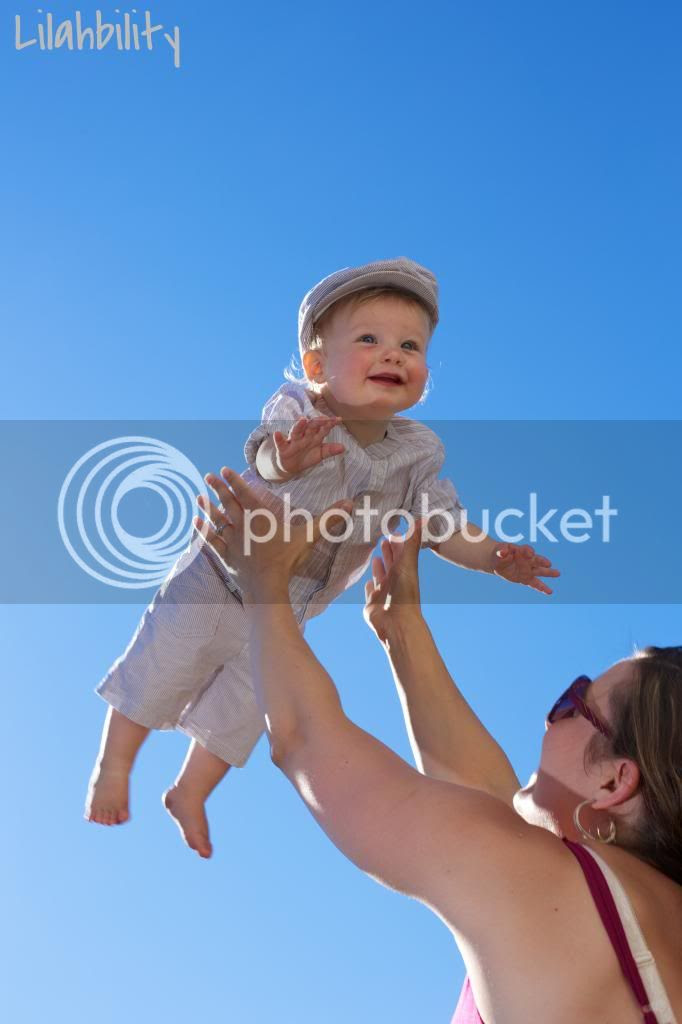 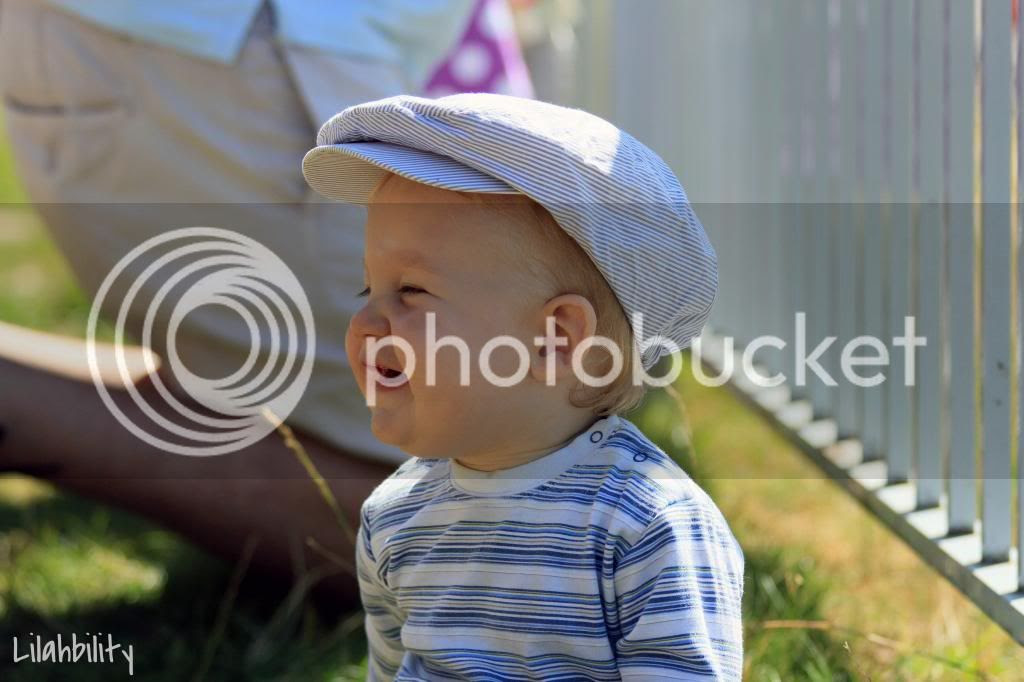 "What's With the Band-Aid?"

You may have noticed something conspicuous and pink on Lilah's forehead in her birthday party pictures.  If you guessed princess Band-Aid, you are correct.  And it's not just for show, unfortunately.

On Friday morning, the day before her birthday party and two days after her fourth birthday, the incident occurred.  I was attempting to make going to the bathroom into a game, since it is something Lilah often resists and it can sometimes take a dramatic turn.  But in my attempt to avoid a big upset, I created even more drama.  I had scooped her up and was playfully stomping towards the bathroom with her in my arms when I heard a sickening thud.  Forehead meeting sharp corner of a wall, Mama's heart in her stomach.

I knew as soon as I saw it that it would probably need stitches.  So off we went to the emergency room at BC Children's.  The final tally was three stitches, two stickers, two popsicles, one plastic fairy wand and one very sorry mama.

*Warning: the photos below show the cut quite clearly, so if you're squeamish about blood, skip right on down to the comments.

Thankfully, she forgave me almost right away.  I took a little longer to get to a place of self-forgiveness, but I'm pretty much there now.
The stitches came out today, and now all that's left is to protect the scar from the sun for, oh, pretty much the rest of her life!
﻿

Four Years in the Making


Sometimes, when I take her in, my eyes scanning the familiar lines of her face, shoulders, hands, and long, lean, limbs, my brain registers a vague shock at how much she has grown in four years.  And in her growth, I see my own, exponential in comparison.

Her now four-year-old spirit thirsts for learning, and she laps up the small drops of knowledge I can impart, not knowing how much she is teaching me in the process.

From that earth-shattering moment on July 3, 2009 (1:31 am, to be exact) when I became a mother for the first time, I have been challenged, stretched, and pushed far beyond what I thought were my limits.  And, as always, with growth and learning come the realization of how little we really know and just how much growth and learning are still possible.

To my big girl who is gradually bringing out the bigness in me, 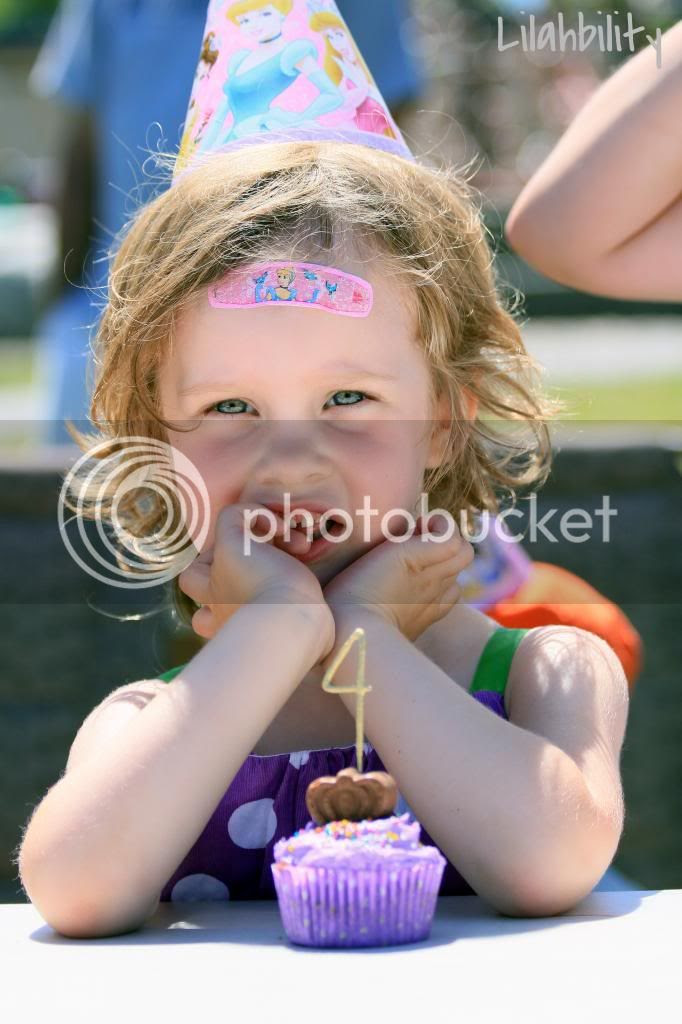 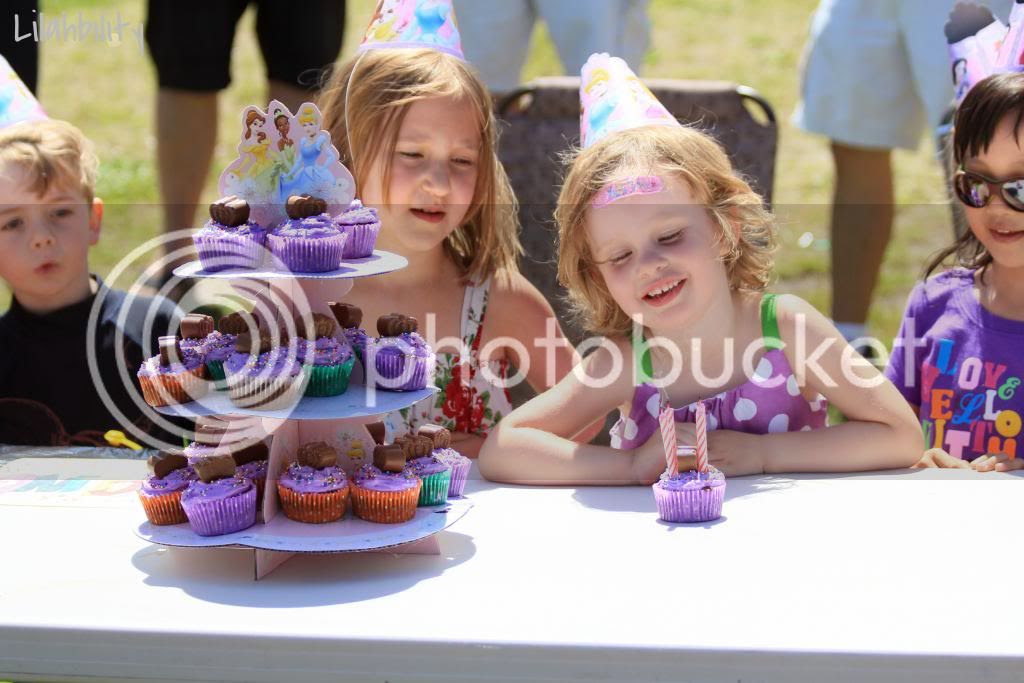 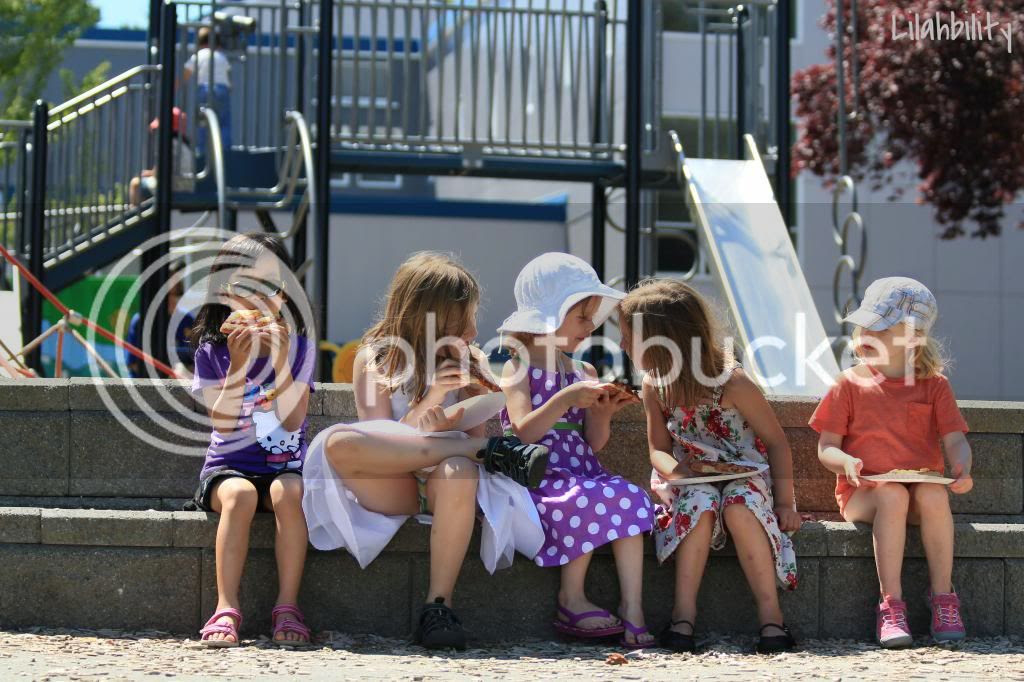 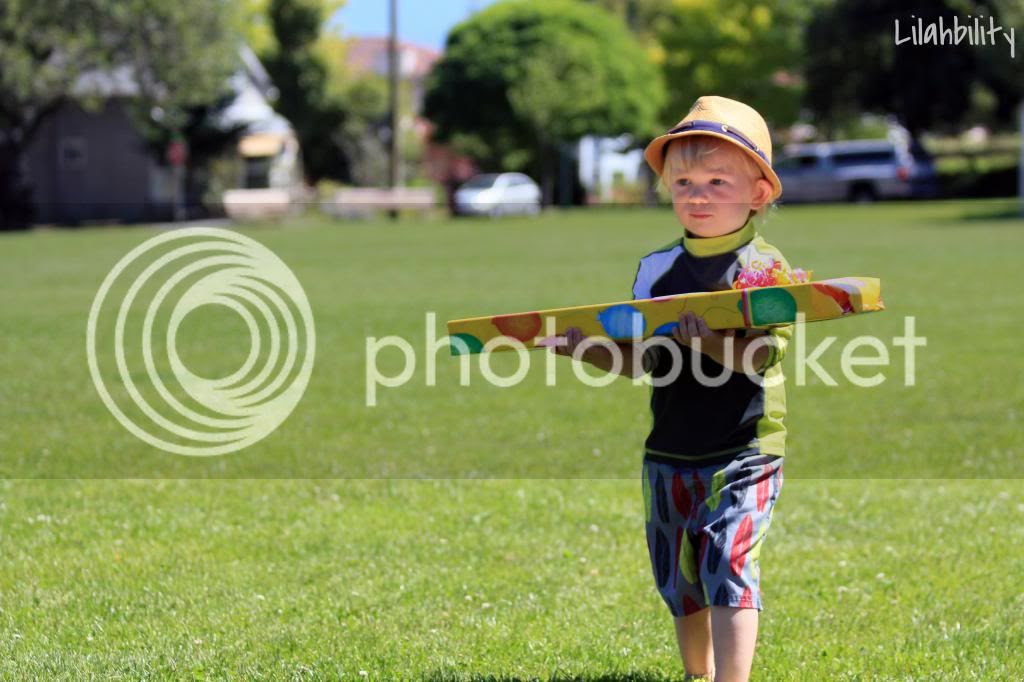 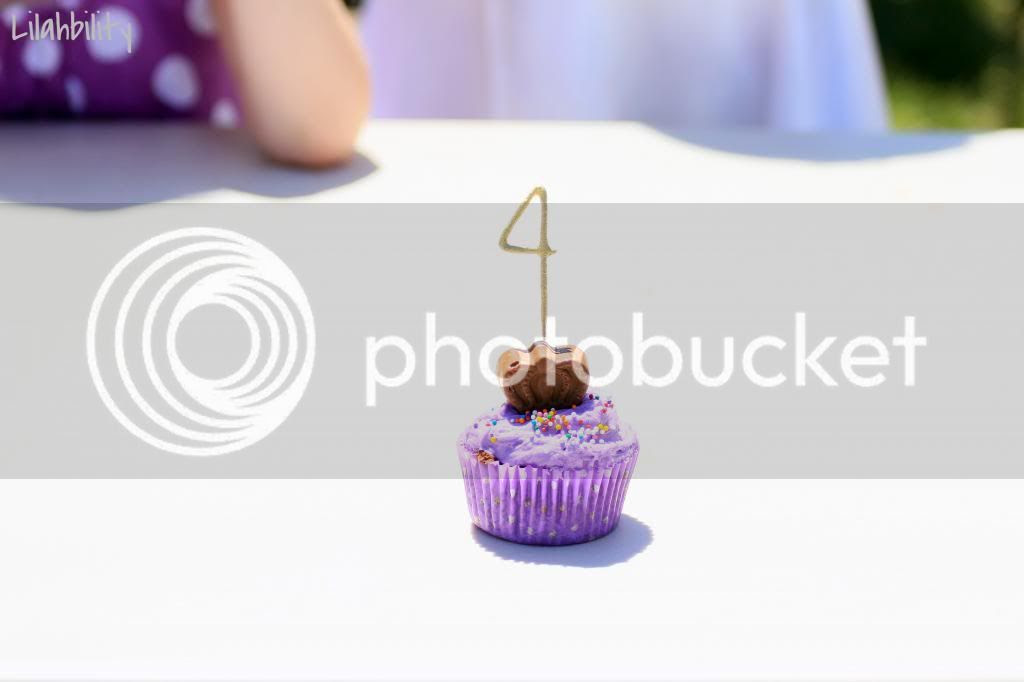 Happy birthday Canada!  And what a beautiful long weekend to kick off the beginning of summer.  I don't want to jinx it, but it really feels as though summer has finally arrived in Vancouver.
It's in buckets full of ripe, juicy BC strawberries, 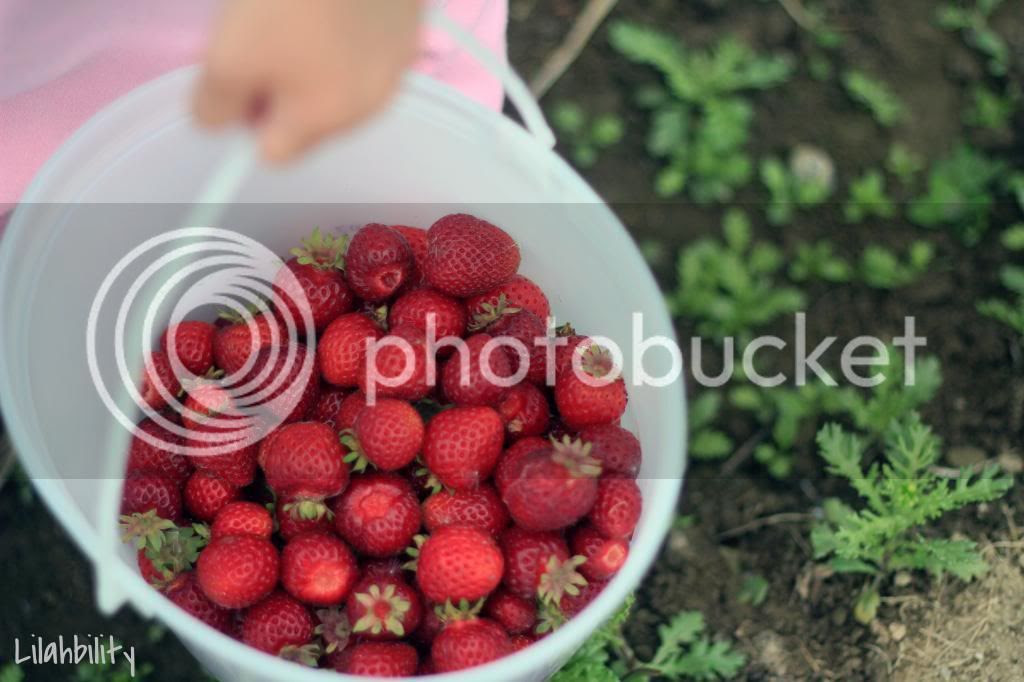 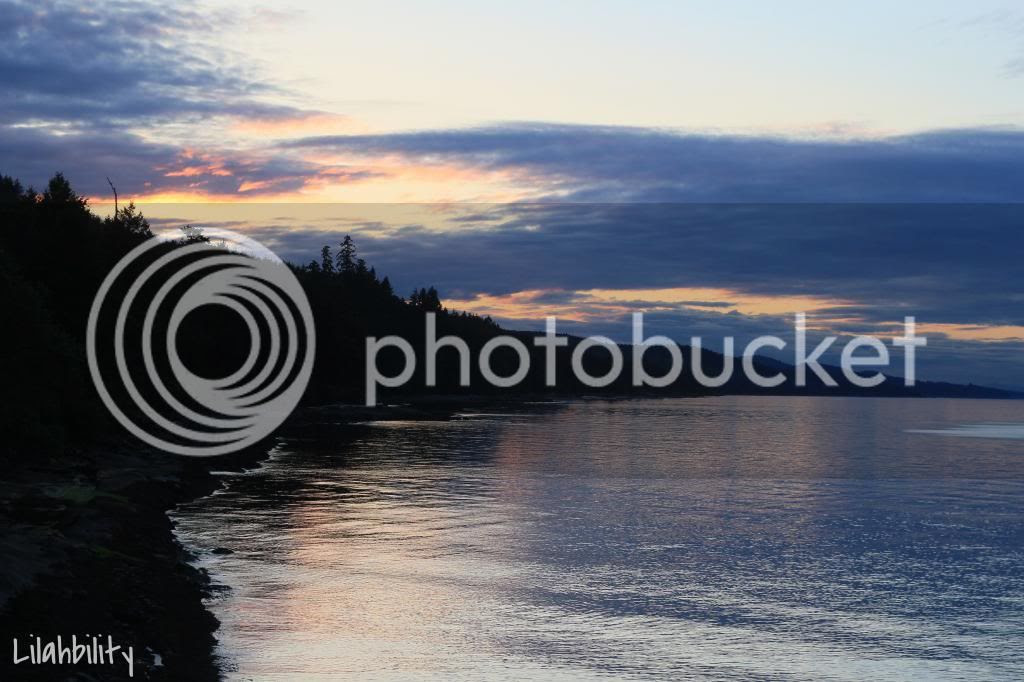 Cooling off at the spray park,

It's in toes (and hands) sinking into lush, green grass, 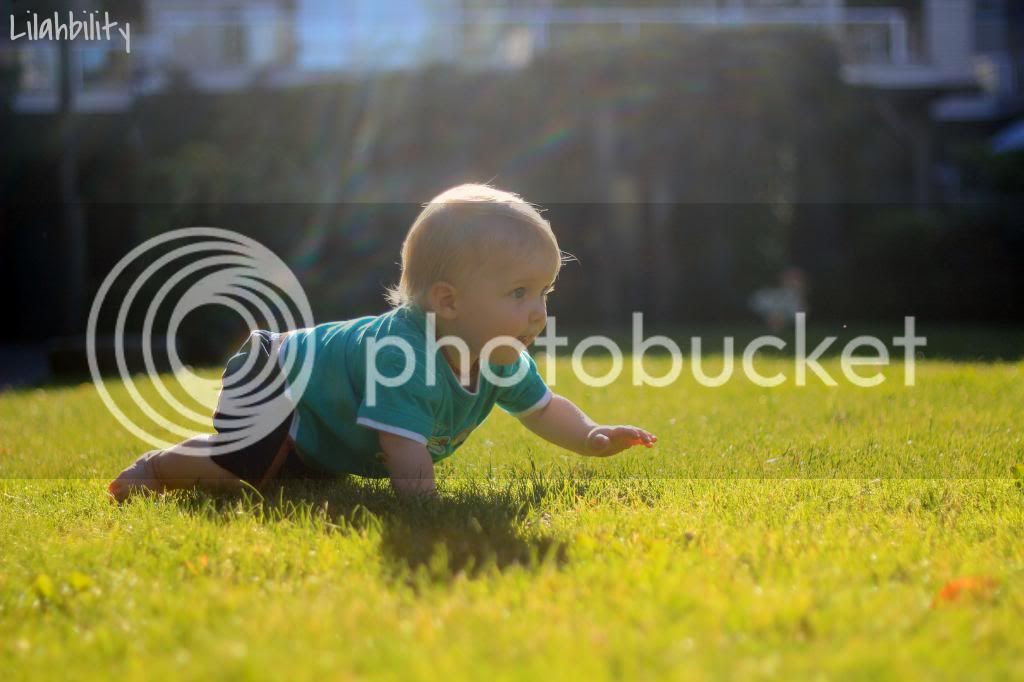 And water play in the golden evening light. 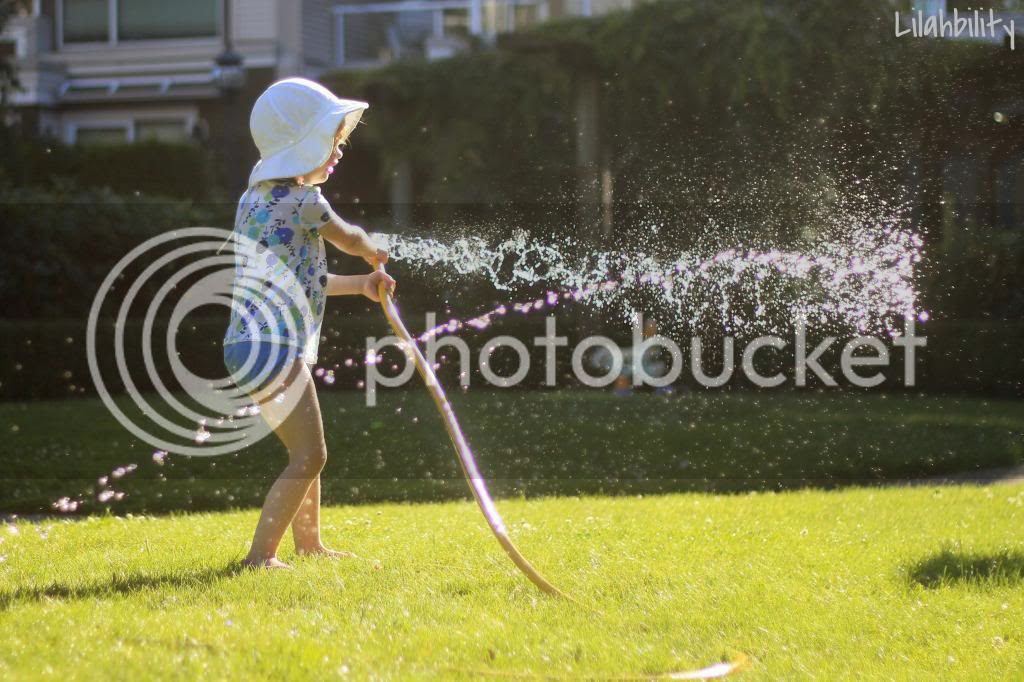 And also?  It's deep in a glass of chilled white wine sipped while sitting on the patio after the kids have collapsed, exhausted, into their beds.  And on that note...

Happy Monday!  What does summer mean to you?