On Saturday we went to a two-year-old's birthday party in North Vancouver.  It's about a half hour drive for us, and we knew Lilah would probably take a wee nap in the car, as is her habit when we drive anywhere on weekend mornings.  We always try to time our morning outings with her mid-morning nap.  Too early, and she won't nap on the way there but will fall asleep on the way home, which means either a very short nap and a cranky baby, or parents sitting in the parking garage bored out of their minds and wishing they, too, were napping.   Too late, and it will mess up the beloved and lengthy afternoon nap.

This birthday party didn't start until 11:00am*, so we decided to head to North Van a little early and aim for a 10:00am-ish car nap.  We didn't want to surprise our hosts by showing up egregiously early, so we drove to a nearby strip mall parking lot to wait for the Lilahbility to wake up.  When she did, there was still about half an hour to kill before party time.  I spotted a public garden that was accessible from the mall parking lot and was advertising its Christmas light display.  Of course, this being 10:30am, the lights weren't on, but we decided to check it out anyway.  I am so glad we did.  What a beautiful little gem of a garden, tucked away where you'd least expect it!


*In my old life, I would have laughed in the face of anyone ridiculous enough to utter the sentence "This party didn't start until 10 am," but now it sounds perfectly reasonable to me.  I've already been up for five hours by that point! 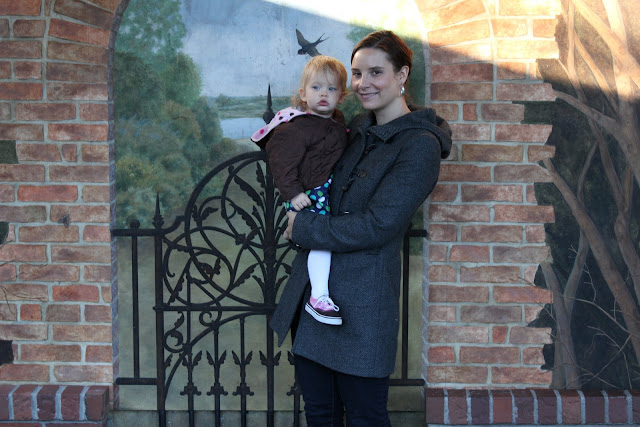 Anyone who knows me can attest to the fact that I am hardly the bubbly, enthusiastic type.  I get excited about things, sure, but I don't tend to wear it on the outside like many people do.  Mine is usually a more quiet type of enthusiasm (drunken exuberance aside).  But lately I find myself noticing the beauty around me more than ever, and just needing to point it out and exclaim over it.  A pretty sunrise on my daily commute to work just has to be pointed out to my carpool buddies.  The moutains with their snowy peaks are just dying to be admired, and none too quietly, either.  I think this has a lot to do with my newfound passion for photography, which was ignited by having Lilah and then receiving my fancy new camera as a gift from the Hubs.  I often find myself wishing I had my camera with me to capture this image or that, and I almost always find myself wishing I were a better photographer so I could do certain moments justice. 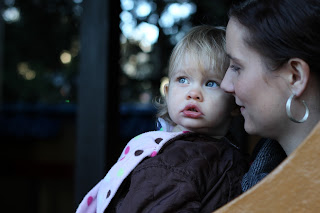 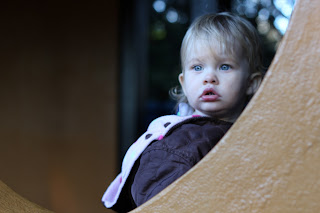 ﻿﻿﻿ ﻿﻿﻿﻿﻿
﻿﻿
So when we found this little hidden gem of a garden (or perhaps not-so-hidden, if you live in North Van), with night frost still glistening, I was all, "oooh I have got  to get a shot of this fountain - look how the light hits the water!" and "Ohmygod how amazing is this gazebo? Oh, the vines! And the hanging stars! We need a picture of that!"  I wanted to photograph everything, to remember the beauty of the garden and that moment in time.

But Lilah had other ideas.  Having just woken up from a nap, she had been ripped from her warm cozy carseat and thrust out into the morning chill, and no way was she letting Mama put her down.  So the Hubs took most of the pictures.  I decided to go with it and take advantage of the opportunity for a rare mother-daughter photo shoot. 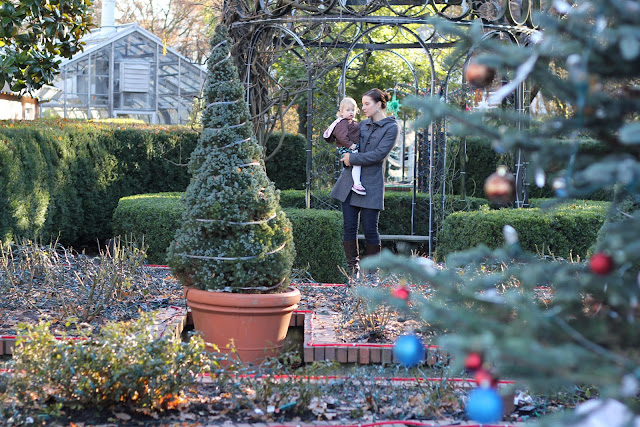 The Oriental Garden, with its pond complete with foot bridge, bonsai trees, and its authentic Japanese tea house was my absolute favourite part. 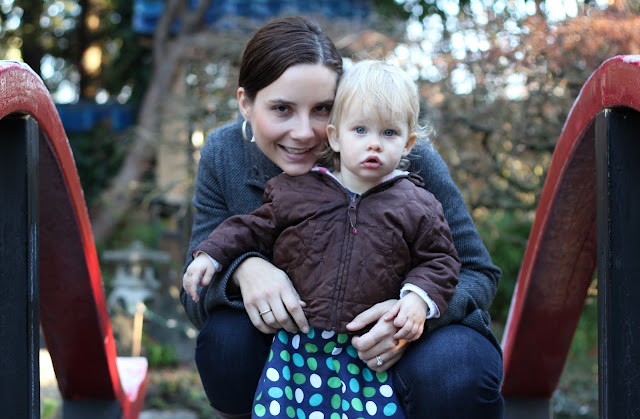 Hokey as it sounds, it was truly a magical morning!  And it was that much more special for being totally unexpected.

Have you stumbled upon any hidden gems lately?  Has your camera impacted the way you see the world?  Tell me about it in the comments!
Posted by Amanda at 6:50 AM